At the Parc de la Grève campsite, near Saint Gilles Croix de Vie, we have set up a game arena: Homeball.

Homeball is a fast game, which can be played in teams of 1 to 4 players. There is a rule that is played on the foot and a rule that is played by hand. The score, is the addition of goals to 1 or 2 points, but watch out for the red goal that puts your score back to zero!
The Homeball is the ideal game for a family camping which can be played between children or teams of parents. The playing time of a game is five minutes, which makes this game very interesting to make small tournaments, to occupy the children for a few minutes, or simply to be spent after a beach day in Brétignolles sur Mer, a Visit the shell museum at Les Sables d'Olonne ..
The game is located on the playground, between the pétanque tracks and the basquet basket.
Come and play homeball at the Parc de la Grève, near Saint Gilles Croix de Vie.
Balloons are to be requested at the campsite bar. This activity is free. 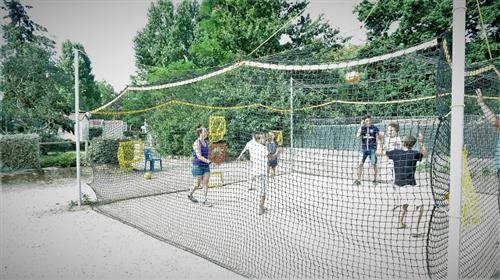 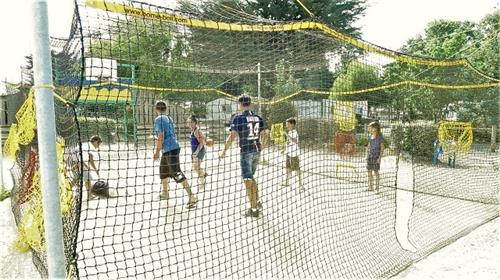 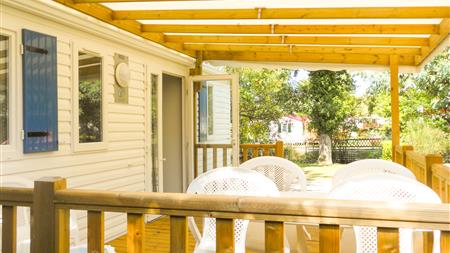